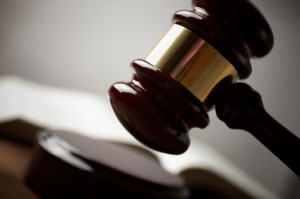 Guilt is often my early morning companion. It whispers condemnation into the dawn of a new day, and I…listen. Can you believe how much you ate yesterday? You didn’t exercise either and you probably won’t exercise today. You’re hopeless. And think of the time you wasted. You should have worked harder. You have so much to do. Did you blog? Did you write that synopsis? What about that novel?

Each accusation seems to land on my chest and by the time I rise, Guilt is pushing me back down. Holding me hostage. I crawl out of bed already defeated. But worse than the sense of defeat Guilt imposes, is Guilt’s ability to separate me, in my own mind, from God.  Rather than approach my Heavenly Father in freedom, I slink to the throne of God in shame. Apologetic for my many failures, I find it difficult to look fully into the face of God—I find it difficult to receive His love and grace.

In those moments, I’ve allowed Guilt to win.

This morning, I woke early to the usual whispers. But upon hearing the first accusation, I kicked Guilt in the gut and it scurried away. What was different this morning? I spent the day with my Lord and Savior yesterday. I took a Sabbath and rested with Him. I slept. I prayed. I spent time reciting His Word—filling my mind with His truth.

It was a day of fasting: from busyness; from food; even from coffee. It was a day of giving up some things in order to make more room for God. Lest you think me noble for making such a choice, it was also a day of intense struggle. I didn’t want to fast. Nor did I want to spend time with God. But…it’s where He led me and I decided, begrudgingly, to follow.

As I rose from bed today, I did so with a renewed sense of freedom—the freedom to enjoy my sips of coffee and bites of food—the freedom to look forward to my work and the purposes God has for me. I rose with anticipation of spending the day in the company of the God who loves me—who longs to hold me in His embrace. Rather than slink toward His throne, I walked, head held high, aware of who I am in His presence. I am His beloved…and He is mine.

Is Guilt hissing its accusations into your life? Are you listening?